There are at least three problems with Donald Trump’s new outreach to blacks but only one of them rests with Donald.

Where are the blacks?

When Donald asks blacks to vote for him on the premise, “what the hell do you have to lose?” with a sea of white people behind him at one of his rallies, you have to wonder to whom is he talking? If he’s gonna ask blacks to vote for him, shouldn’t he address a predominantly black audience? News reports say he will soon go to Detroit with Ben Carson so that may be a good thing.

When Trump asked black voters what they had to lose by voting for him, he was dismissed by the media almost universally. The media spin is he was really reaching out to white suburban women to assure them he’s not a bigot. Maybe I’m naive but I find this interpretation awfully cynical. Could it be that Trump actually wants more than 1% of the black vote?

Doesn’t Trump have a bit of a point? What have Democrats achieved in our inner cities? Nothing. Maybe it is time for something new? Unfortunately blacks are as notorious for selective outrage as the party that panders to them every four years. Hillary Clinton once talked about black youth the way most folks talk about dogs. Yet blacks came out in droves to nominate her over Bernie Sanders, a man who fought for civil rights back in the 60’s.

BLM and its proponents yell and scream about how bad blacks have it in the inner city but they’re suddenly offended when Trump says the same thing.

So no, Donald won’t make any inroads with blacks but it’s not entirely his fault. He shares the blame with a biased media and a minority that votes like a dumb ass monolith devoid of any critical analysis.

Two phrases have been bandied about in recent weeks that caught my attention. The first is rather trivial. The second speaks to a deeper problem in American thought processes.

Someone thought this slogan, seen on placards at the Democratic Convention, was very clever. Trump (Donald’s last name) is used in card game parlance as a card of a suit that has been designated to beat any card of any other suit. As a verb, it has come to mean “beat”. So “love trumps hate” is equivalent to love beats hate. The logical problem here is that the verb “trump” plays a POSITIVE role in the sentence, love trumps hate. We are supposed to associate hate with Donald Trump. But his name is actually used as a positive acting verb. The slogan doesn’t really meet its purpose when you think about it. Two other permutations of the sentence would really have been more to the point: “love hates Trump” and “Trump loves hate”.

Each time I hear this phrase it irks me more and more. It is common terminology among the talking heads of both liberal and conservative media.

The working class cuts across all races and ethnicities. To constantly refer to the white working class is to suggest race trumps class in this society. Why wouldn’t black working class voters like Trump? Why should their race override their economic concerns?

More bothersome is that blacks (and to some extent Hispanics) are portrayed in political talk as a monolith. You almost never hear phrases like “black college graduates” or “black suburban mothers” while whites are sliced and diced to the nth degree.

This is a pox on our society because it reduces blacks to a simple common denominator – their race. Nothing else matters. But I suggest that the black single mother in an urban ghetto has very different concerns from a black divorced mother in Westport, Connecticut collecting alimony every month from her wealthy ex-husband.

Let’s call this what it is – racism, plain and simple. It is propagated across the media regardless of political ideology. As I have stated many times here, our racial problems are grounded in economic problems. The struggling working class black man has much more in common with the struggling working class white man than the black man living in Beverly Hills. You’ll never hear that on TV. Not from Sean Hannity and not from Rachel Maddow. In fact, not from anywhere in popular discussion. And that is why our so-called racial problems are here to stay for the foreseeable future. 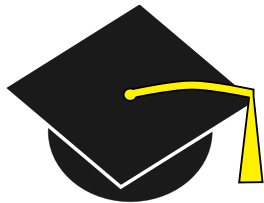 First Lady Michelle Obama delivered a now infamous commencement address at Tuskegee University a couple of weeks ago. I read the speech transcript and for the most part it was boiler plate graduation speech. It was when Michelle decided to empathize with the audience that things went off the rails. It was a mistake but not for the reasons primarily cited by Fox and its conservative friends.

The two gripes I heard were that Michelle recited a litany of black victimization and that she exaggerated. I heard stuff like “puhleeze, Obama went to prep school. Nobody was dissing Obama on racial grounds.” There were also accusations of not being “grateful” for the assumed affirmative action that Michelle was no doubt the beneficiary of.

This all misses the point. The otherwise ordinary speech became a travesty for two reasons. First, Michelle chose a joyous event to tell these students essentially “no matter what you do, to whitey you’ll always just be a n—–.” This is what the predominantly black class will need to overcome. Is that really what Martin Luther King Jr. died for? After all the struggle and suffering culminating in the election of the first black president, Michelle’s message was that they should ignore  all the whites who voted for her husband and assume whites will give them the shaft. How inspirational!

The second problem is the “they” in Michelle’s attempt at empathy. “They” who cross the street when “they” see you coming. “They” who follow you around the store assuming you’re a thief. The “they” of course is white people. This reminds me of Obama at a San Francisco fundraiser talking about “clinging to guns and religion” or Romney and his 47% comment. Did it not occur to Michelle that her not-secretly-recorded speech would be seen by lots and lots of WHITE PEOPLE? Did she think she was having a private rap session? Does she not understand she is the First Lady of these white folks? Do they not have feelings? Do they deserve gratuitous offense from the best known woman in the country?

Six years ago I was seething with anger about the way some white folks were treating Barack Obama. I wrote then,

Now I find myself needing to remind our First Lady that blacks are your people and whites are YOUR PEOPLE. ALL AMERICANS ARE YOUR PEOPLE!
A hat tip goes to one of my readers who pointed me to a video by the YouTube host of “ZoNation” who touches on a couple of these themes.

Michelle Obama owes the deservedly proud graduates of Tuskegee an apology for putting their accomplishments against a backdrop of racial discord. She owes America an apology for highlighting what divides us. It was beneath the dignity of a First Lady of the UNITED States of America.

An aside: I DO believe the government should  heavily subsidize the education of everyone. I do NOT agree with some of the points made in the video by Alfonzo Rachel. But that’s for another post.