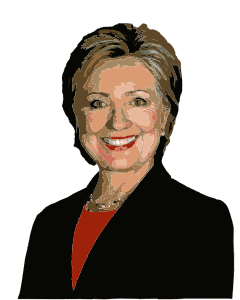 I am faced with a dilemma that any honest liberal faces. We are about to witness the coronation of the next Democratic nominee for President of the United States of America. Hillary Clinton seems to have the nomination sewn up and we are still over a year away from the Democratic Convention. We haven’t even seen a caucus or primary and it feels like we won’t see one. At least we won’t see any credible opposition. Martin O’Malley is far from compelling. Bernie Sanders and Elizabeth Warren have virtually no foreign policy chops. Jim Webb is remotely interesting but hardly a guy “you wanna have a beer with”. To beat Hillary’s celebrity, we need someone with a winning personality and I’m not sure Webb is that guy.

So what is wrong with Hillary? Not a genuine bone in her body. Political to the core. And, most importantly a proven liar and obfuscater. And there, my friends, is the dilemma. How do we vote in 2016 when the candidate who says she wants to be our “champion” (a manufactured poll-tested line if there ever was one) is so full of crap?

We have to vote Republican. There are only two men on the horizon, who have not yet declared, for whom a vote from me would not kill me. They are Ohio Governor John Kasich and New Jersey Governor Chris Christie. Here is why:

Kasich passes the “beer companion” test. He’s likeable with a good sense of humor and a strong streak of self-deprecation. He makes a very strong case for his own candidacy — just watch his appearance on Meet the Press from this week. He’s been in and around Washington long enough to know how the place works. He balanced the budget under Bill Clinton. By his reckoning, he has turned around Ohio and as a Governor, he knows how to run stuff. He appeals to blacks. Let me repeat that — he appeals to blacks. I am thoroughly fed up with conservative candidates who make zero attempt to court the black vote.

Christie also has the “beer companion” quality. His record in New Jersey is mixed. The Jersey economy not doing as well as he might like. But he is a straight shooter in a collection of manufactured sound bites and manipulative language. His recent statement about Hillary’s opposition to big money in politics while she rakes in big money is a perfect example of his ability to call out hypocrisy. His willingness to lose a vote for the sake of honesty is admirable. Case in point: his recent trip to New Hampshire where he proposed changes to Social Security and his assertion that we need to take a new look at entitlement programs. Most conservatives will spout this when it comes to the poor (cutting food stamps, for example) but few will broach the middle class and wealthy getting their priorities straight. Christie will.

Above all, I am so tired of being lied to. My radar may be off — it has been in the past — but I feel Kasich and Christie will tell it like it is. They are WYSISYG candidates, not molded by consultants and “thought leaders”. I want a presidential candidate who will tell me the truth and not pander. They are few and far between and I think Kasich and Christie qualify.

Christie and/or Kasich must run because ABH (anyone but Hillary) is not good enough for me. I want to vote in 2016. I consider it my responsibility. But if the Republican party cannot put forward a sane, measured and transparent candidate to oppose HRC, for the first time in my adult life I may need to skip the election altogether. 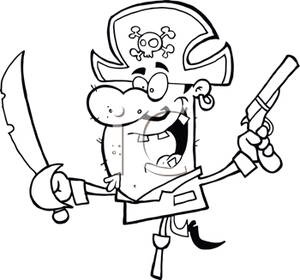 I had a WTF moment this morning while watching Face the Nation. Journalist Clarissa Ward was discussing the ISIL crisis and she said that bored young girls read about Jihadists and are caught up in the romance and adventure of joining their cause. I’m sitting here thinking how did we get from Justin Bieber crushes to crushes on Jihadists?

Then, a guest on Meet the Press used the phrase “jihadi cool”. Are you kidding me? Lopping off heads and enslaving women is the new cool?

You know, I get the “everybody’s doing it” nonsense that leads to smoking, drinking and to a lesser extent drugs. I get the pressures that lead young folk to have reckless sex too young to handle the consequences. As parents, we struggle to navigate our kids through these land mines.

But are you really telling me that now we have to worry that our kids will mistake religious extremist psychopaths for romantic swashbucklers and buy tickets to Syria? Really? Has our society become this bored and stupid?

I can’t believe I’m saying this but I guess the next step is a PSA campaign telling kids it’s not cool to be a Jihadist. Maybe the first one can star Justin Bieber.

87 Comments Posted on May 22, 2012May 22, 2012 by Rutherford Politics, Social commentary, Wordpress Political Blogs

I sat back on Sunday afternoon and watched my TiVo’d recording of NBC’s “Meet the Press”. When it came time for the panel discussion, one of the panelists, Newark, New Jersey Mayor Cory Booker said he found the diversionary campaign tactics of both parties “nauseating”. He said there was a proper place for private equity (in reference to Mitt Romney’s former place of employment, Bain Capital). He said that attacking a legitimate business instead of focusing on the issues was a mistake.

For speaking his mind and telling the truth, Mayor Booker has spent the better part of the last 24 hours explaining himself. The liberal pundocracy has gone bat-crap crazy over his remarks. I thought MSNBC’s Chris Matthews was going to have an aneurism.

What a damn shame. Isn’t it refreshing just once to see a campaign surrogate (as Booker plainly self-identified), tell the truth even at the risk of criticizing “his team”? Booker showing some shred of remaining integrity has only partly walked back his comments. Pro-Romney forces have already pulled a campaign ad together exploiting Booker’s supposed faux pas.

I say we need more of Cory Booker. This campaign is not about Reverend Jeremiah Wright or the President’s birthplace or the GOP candidate’s religion or the relative merit of the GOP candidate’s former employer. This campaign is first and foremost about who can accelerate this country’s economic recovery. Everything else is a side-show. To the extent that Romney uses Bain to prove he created jobs, it’s fair to examine the truth of that statement. But that doesn’t mean  we need to condemn the role a company like Bain plays in our capitalist system. That is a distraction. Booker knew it and Booker said it.

I always liked Cory Booker but I’m a bigger fan of him today. We always talk about the grownup in the room. Cory is the grownup. This election is serious business and it’s time folks started treating it that way.