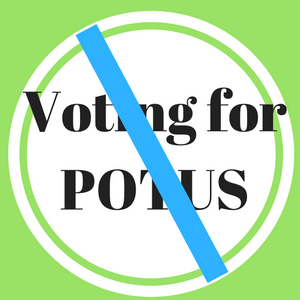 Republican nominee, Donald Trump has famously called for “extreme vetting” of new immigrants and refugees coming to America. It occurs to me that the time has come for extreme vetting of nominees for the office of President of the United States.

We are told by the media that presidential candidates take great pains to vet their VP nominee. Chris Christie’s background was so toxic in 2012 that Mitt Romney passed  him over for VP. (Christie returned the favor by spending most of his GOP convention speech talking about himself.) But who vets the top of the ticket? How would that vetting work?

The Constitution restricts the presidency on only age and citizenship. My guess is the founders wanted the office open to any patriotic American (white men in the late 18th century and any damn fool today). Should prior political experience be a requirement? Four of our presidents got elected with no prior political experience. Based on their service, no definitive causality can be constructed between political experience and success. Zachary Taylor was mediocre and the second elected Whig in a row to die in office. Ulysses S. Grant’s reputation has improved after many years of historical perspective but he’s still not ranked among our best. Herbert Hoover is associated with the worst financial crisis ever suffered by our country. Dwight D. Eisenhower presided over America’s post World War boom and the birth of suburbia. Grant and Eisenhower prove you can have a decent to excellent presidency without prior political experience.

Should some moral test be applied? This is wrought with peril as morality is a shifting target. Trump’s lewd comments caught on tape were uttered 11 years ago in an America increasingly sexualized, prior to the onslaught of the political correctness movement. I am not justifying his behavior but our reaction to it is tempered by the times we are living in. Consider this. Donald Trump boasted about the ability to grab a woman’s “pussy” if he wanted to. Back in the late 1990’s, President Bill Clinton actually inserted a cigar into Monica Lewinsky’s vagina before putting it in his own mouth. Lewinsky was his employee. It was the definition of workplace harassment.  Liberals with their hair on fire right now do not move me one iota. It’s the height of hypocrisy.

It appears that in the past, the primary voters did the vetting and did a decent job of it. In 2012, Herman Cain was a laughing-stock. He rose in the polls for a millisecond and then deservedly slipped back down before leaving the race in scandal. But something strange happened this year. Reince Priebus, GOP Chairman, probably thought Donald entering the race would do no harm and bring a bit of publicity to the party before Jeb Bush was nominated. Things didn’t work out that way. An ignorant electorate conditioned by American Idol, had a massive brain fart and Donald J. Trump, reality star, became the party’s nominee.

Things were only marginally better on the Democrat party side. A woman who has been chased by scandal after scandal, who endangered national security in her one and only Federal appointment (if you don’t count “HillaryCare”), who betrayed the fundamentals of feminism by attacking the victims of her husband’s predatory behavior, who betrayed the progressive agenda with her cozying up to Wall Street (revealed this past Friday but overshadowed by Trump’s pussy scandal), is the chosen nominee of the party. A vote for her is a vote for four years of guaranteed Nixonian paranoia and shenanigans. A vote for Hillary also gives her husband Bill a partial third term in the oval office. The man who once told America “I did not have sexual relations with that woman, Miss Lewinsky” while he was using her vagina as a humidor.

So neither gets my vote. For several weeks I toyed with voting for Gary Johnson. Unfortunately, Gary has proven to be a nincompoop. My principle in this election has been to not vote for the lesser of two evils. I want to vote for someone I can believe in. I’m not voting FOR someone as a vote AGAINST someone else.

So I have settled on a decision I first considered several months ago. I am boycotting the 2016 presidential election on the grounds that every candidate being offered is unfit to hold the office of President of the United States. I will vote down-ticket only. I will let the rest of America deal with the pile of shit they brought upon us in the presidential primary season. I will hope that in 2020, some form of extreme vetting saves us from our current predicament.

Like many folks, I’m a bit confused by the rise and persistent success of Donald J. Trump as Presidential candidate. People, supposedly smarter than I in these matters, say that without specific policy positions Trump will soon take a nose dive in the polls.

When I heard this theory on the car radio today, I had an epiphany. How many voters read policy papers? How many voters know the nitty gritty details of their favorite candidate’s positions? I’m not saying there aren’t some well informed voters out there but as I discussed in a recent essay, most American voters can barely find their way to the polling place.

Long before Barack Obama’s cult of personality, presidential candidates appealed to voters for purely emotional, cathartic reasons. We had Reagan’s grandfatherly, sunny optimism. We had Kennedy’s youth and (apparent) vitality. Eisenhower was a war hero. Most of these folks had experience in politics. That’s just the nature of the game. But their voting record as a Senator? Puhleeze. The only change we are seeing in 2015 is this:

For once, the populace is saying “we don’t need no stinkin’ policy papers”. Those who like Trump like him because he seems to shoot from the hip. He ignores the “rules of politics”. He doesn’t pretend that you are going to study his ideas. He simply says, “don’t worry, I’ll handle it, and it will be terrific!” Seriously folks, what more does the average American need to know? Want to know how to handle China? Don’t worry about the specifics. We are gonna send Carl Icahn over there to get the job done. DC doesn’t know crap about negotiation. Icahn is a “killer”.

Here we have a candidate who has busted the myth of the functional president. Trump’s an entertainer and he is letting us all in on the truth that the President’s primary job is to be an entertainer … an entertainer who gets the right folks around him to get the job done. Trump is down on Obama (to put it mildly) but what is one of his chief complaints? He complains that Caroline Kennedy is our Ambassador to Japan. He calls it a joke. And of course, it is kind of a joke, isn’t it?

My theory is that Trump is laying bare what fringe elements have been saying for some time, namely that the presidency is largely ceremonial, largely a puppet show with special interests’ hands shoved up the ass of the puppet. And again, how appealing is it to hear a candidate say “I can’t be bought. In fact, I DO the buying.” Trump is defying pundit’s expectations because he’s showing the emperor to be naked in a way no candidate has done. He is changing the rules of the game and none of his opponents nor the media in general know what to do with him.

A Side Note about Bernie Sanders

Because Trump is still seen by many as a side show and spectacle, he is being used to discredit the campaign of Bernie Sanders. Just about no one is making the comparison between the two as a compliment to Bernie. The fact is Bernie and Donald share one key trait. They are telling their audiences a truth that their opponents cannot do convincingly, Hillary Clinton is a phony populist. Martin O’Malley is an old school pol. It’s hard to tell if Jim Webb is even really a liberal. And Lincoln Chafee is … Lincoln Chafee. When it comes to the message of income inequality and that we are all getting the short end of the stick, Bernie is the real deal. And when it comes to exposing the charade that is our presidency and government, Donald is the real deal too.