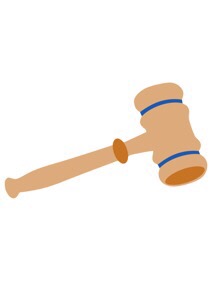 Imagine you’re job hunting and you come across the following job requirement in the job listing:

Applicant must be at least 35 years old and a natural born citizen of the United States having resided here at least 14 years.

That’s it. Nothing else.

The second reasonably detailed qualification applies to the Abominable Snow Monster from the holiday special, Rudolph the Red Nosed Reindeer.

The first job qualification is for the leader of the free world, able to launch enough nuclear missiles to destroy the planet.

I have to think the founders had such profound faith in the American people that they wanted the presidency open to just about everyone. Of course, in the 1780’s “everyone” was white men but I digress.

The notion of a President “of the people” is quite seductive. Andrew Jackson sold himself on this premise. However Old Hickory had been a Senator and Governor.

It is simply amazing that despite this skimpy job qualification statement from Article II of the constitution, all we have gotten so far for Presidents have been folks with a military or government service record, without exception. Folks like Herman Cain or H. Ross Perot tried to break the pattern but failed. The pattern has remained undisturbed … until now.

I think it’s time Article II was amended. I can’t say that military or government service, per se, should be a requirement but some evidence of past civic duty should be in there somewhere. Donald Trump, unique among the 44 men who have held this office (remember Grover served two non-consecutive terms) has no history of civic duty. This does not make him a bad man but it does raise the question of whether he really understands how to serve others in a selfless fashion.

The daunting truth is that Donald Trump is no more qualified to be President than you or I. He is a successful businessman with no real interest in government except when it serves as an opportunity for self-aggrandizement. His ride to the White House was fueled on the catharsis he provided to millions of disaffected Americans. But catharsis must be backed up by minimal qualification. I absolutely love driving my car but I have no business running a car company.

Donald Trump is a mixture of Cliff Clavin from the sitcom Cheers (the pub know-it-all) and Archie Bunker, a man possibly very decent but severely limited by a world view shaped by stereotypes and checkout counter tabloids. I didn’t consider Bunker a racist. I considered him profoundly ignorant with a fear of the unfamiliar born of ignorance. I feel the same way about Trump.

Someone with civic experience would never have leaped into the travel ban that Trump implemented. Cliff and Archie would.

Age and citizenship are no longer sufficient qualifications for the Presidency. Not when the very existence of a nation (and even the world) is at stake. Until now, the common sense of the American people has relatively protected us. That barrier to calamity has disappeared.

We have a man in the Oval Office no better prepared for the presidency than the Abominable Snow Monster. Article II is partly to blame and needs fixing in no short order.