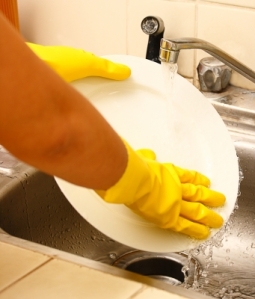 With “Rosengate” virtually gone from public discourse, as I knew it would be, there remains one related item that still gnaws at me. On HBO’s “Real Time with Bill Maher”, Maher, a blunt, rude, confrontational SOB if there ever was one, made the following comment:

What she [Rosen] meant to say, I think, was that Ann Romney has never gotten her ass out of the house to work.

No one is denying that being a mother is a tough job. I remember that I was a handful. Okay, but there is a big difference in being a mother, and that tough job, and getting your ass out of the door at 7am when it’s cold, having to deal with the boss, being in a workplace, and even if you’re unhappy you can’t show it for 8 hours, that is a different kind of tough thing.

Now, I won’t get into whether or not Maher’s (or Hillary Rosen’s) comments actually apply to Ann Romney. I don’t know enough about Ann Romney to discuss her work history. But if we take Ann out of the picture, what Maher said is 100% dead on accurate.

As this debate about “working” women has gone back and forth there has been a politically correct bit of foolishness that has bothered the crap out of me.

Work in common parlance is defined as an effort that is rewarded with remuneration from another party, typically called an employer or a boss. By that definition women who earn money doing something at home, work at home. My wife works at home. Women who are not compensated for what they do at home, do not work at home. Do they expend lots of effort? Sure they do. Is raising kids, cooking and keeping a house clean hard “work”? Of course it is. But it ain’t a job and it doesn’t pay the rent and no amount of politically correct talk will make it any different.

So why do we tie ourselves in knots talking about what used to be called housewives, working at home? The feminist movement is largely to blame for this. They fought for equal access to the workplace and equal pay, both lofty and righteous goals, but along the way they passed judgment on women who did not want to enter the “rat race”. By the way, that is a concise way of describing the world Bill Maher referred to. It’s the rat race. Women who chose to stay at home and devote most of their effort toward raising children and “keeping house” were judged sell-outs, or not living up to their potential. This of course, is nonsense. Being a housewife is as valid a choice as sitting in the corner office sixty hours per week.

So now, when housewives hear that they don’t work, it is equivalent to hearing that they don’t contribute and that understandably gets them angry. Well let’s set the record straight. Housewives don’t work, in the sense of earning a living. They do contribute beyond measure. In fact I think it’s high time the old-fashioned word housewife returned to its former prominence. Women who steer the family ship deserve a title that rightly distinguishes them.

Working women and housewives are not the same. One is not better than the other. They are simply different. Why can’t we acknowledge that difference without a volcano of debate erupting?

Postscript: We won’t even touch the fact that most working women must pick up the housewife role at the end of the work day, adding to the complexity and resentment attached to these issues. That is for another post on another day.